Soil aeration, coring and dethatching are vital for promoting healthy grass growth. Over time soil becomes compacted and aerating opens up the soil to allow oxygen in. This encourages healthier, deeper root growth resulting in healthier grass. Aeration also promotes better absorption of water from the surface into the drainage system, helping prevent surface water ponding. We have a range of specialised equipment to take care of any size area. Regular soil aeration is beneficial for home and commercial lawns, golf courses, bowling and croquet greens, school grounds and sports grounds.

Thatch is a layer of living and dead plant material that can build up between the plant leaf and the soil surface of your lawn. Excessive amounts of thatch can cause damage by harbouring disease and insects and promoting poor drainage and weed growth, resulting in an unattractive lawn. Left untreated, thatch will eventually destroy a lawn.

Dethatching is the process of removing large amounts of thatch and should be carried out regularly, preferably during the autumn. After dethatching we recommend applying fertiliser and over sowing with grass seed if needed.

We have machines to dethatch any size lawn. Your lawn won’t look very good for a couple of weeks after a good dethatching but the bigger the mess, the better your lawn will look when it has recovered. 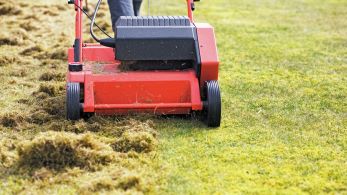 Coring can help a lawn that is struggling to perform at its best. Like dethatching, coring will also remove thatch and will also aerate the soil.

Our coring machines have a series of hollow tines that remove plugs of soil from the ground. This process helps to relieve soil compaction and improves the flow of air, water and fertiliser nutrients through the soil and root zone. After coring, the core holes can be left open or be filled with fresh topsoil and/or fertiliser. 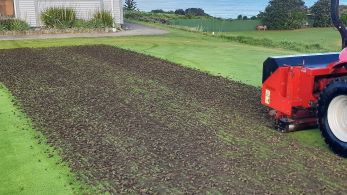 Verti-draining will help to alleviate waterlogging and mud on sportsgrounds as it penetrates deeply into the soil and breaks up the soil pan below the surface.

Verti-draining leaves minimal surface disturbance so sports grounds can be used straight away.

Our Ground Hog® aerator is a tough machine that can easily penetrate the hardest soils. It can aerate large areas in record time and we can also attach a seeder so aerating and over-sowing can be done at the same time to reduce costs. Once the area has been mowed you won’t be able to see where we’ve been.

Sports grounds benefit from annual aeration to cope with the use these fields take. 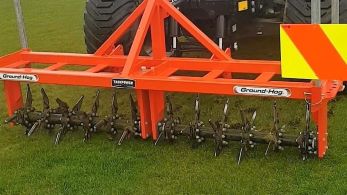